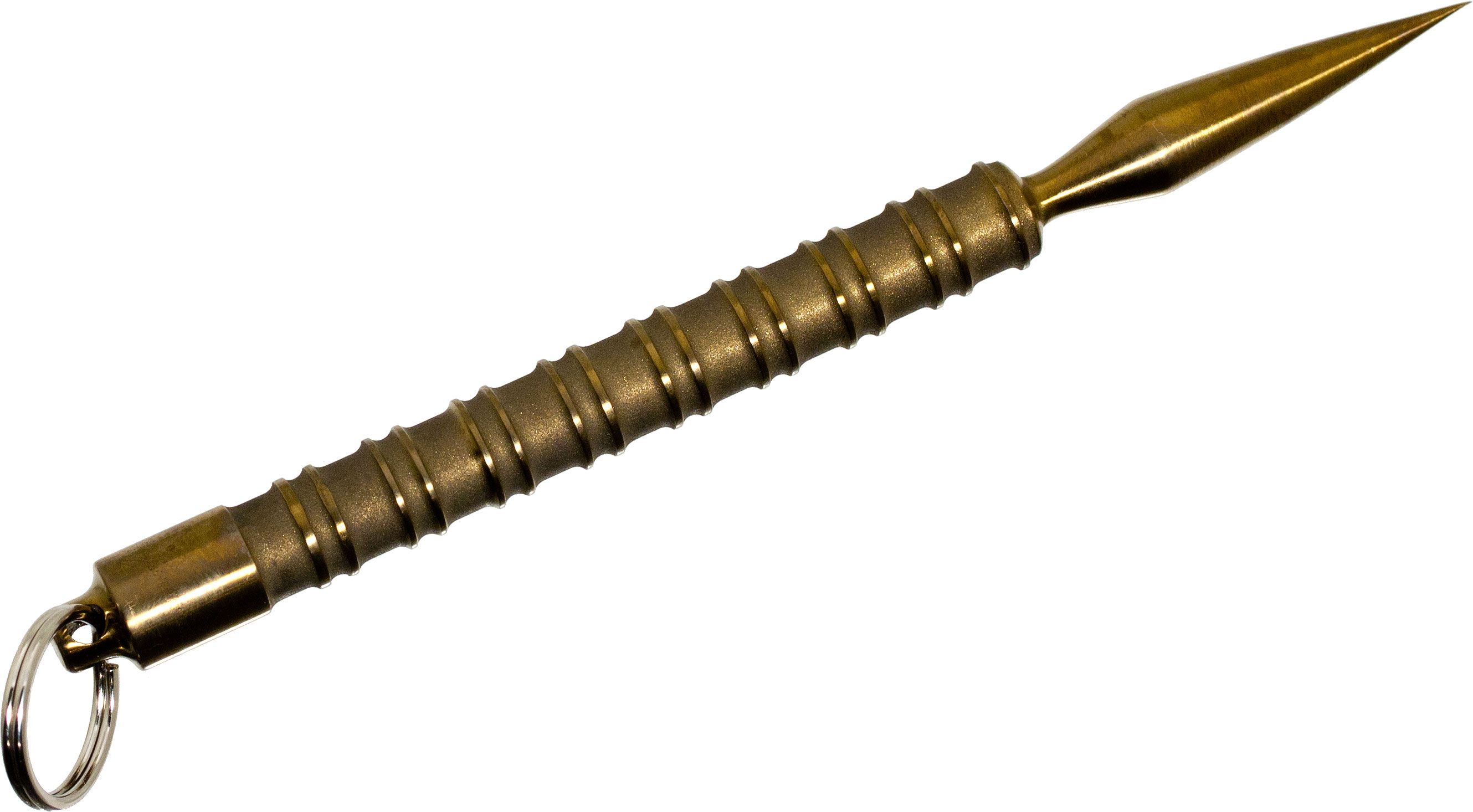 Whether you're interested in learning more about the Kubaton or if you just want to find out if it's legal to carry one, there are a few things to know before you pick one up. The first thing you should know is that a kubaton is a weapon that can be used for self-defense.

During the Sixties, a Japanese martial artist, Takayuki Kubota, invented a weapon known as a Kubaton. It was a small, six-inch metal rod with a flat end and a point. It was designed to mimic a natural knee-jerk reaction.

A Kubaton can be used for striking, pressuring and anchoring techniques. It is a non-lethal, small stick weapon that can be used by any individual feeling unsafe. However, there are some precautionary measures that should be taken.

The first step in using a Kubotan is to make sure you understand its function. This can be a bit of a daunting task, but don't worry. A kubaton is a great weapon to have for self defense. It can help you avoid a violent situation, and it can also help you escape from an attacker.

If you are looking for a self-defense tool that is easy to carry and use, a kubotan can be a great option. It can be a useful tool for controlling an attacker's body, and it can also be a great way to help you escape a choke hold.

The kubotan can be used to strike the back of the attacker's hand, which will disable him or her. It can also be used to target the hip, groin, ankle, and throat.

A kubaton can be a great self-defense tool, but it's also a good idea to get some training. Watch a few instructional videos on how to use the Kubotan.

Is a Kubaton considered a weapon?

Unlike other weapons, a Kubotan is not a weapon in its traditional sense. Instead, it is a self-defense keychain. It can be used as a weapon when necessary.

The Kubotan, sometimes referred to as a "tactical pen," is a short stick made of hard materials. It is typically about a half-inch diameter. A Kubotan may be made of metal, plastic, or wood. It can also be hollow.

Regardless of the material, the body of a kubotan is lined with deep grooves that are designed to prevent the kubotan from slipping out of the hand when held in a clenched fist. It also provides a reinforced grip when a free hand is placed on top.

Kubotan strikes are often more effective at close range. A glancing blow may inflict enough pain for a person to swerve away from the attacker. The strike can be used on the back of the hand, the shin, or the groin.

Kubotans are often disguised as ordinary key chains. They can be made into a mini flashlight or pepper spray canister. Some have hidden darts.

Kubotans are sometimes called a "ninja keychain" and can be very useful in self-defense. They can be held in the hand when fighting to escape from an attacker.

Whether or not a kubaton is effective can be an open ended question. This is due to the fact that it is not meant to be used for combat or killing. Rather, it is intended to cause pain to the oppressor. Its main function is to force the victim to obey the law.

The kubaton is a red rubber ball with several holes drilled into its center. It can be held in several different grips. The hammer grip is the most common, but the keychain variant is also very effective.

The kubaton is not the best way to go about defending yourself, but it can be useful in certain situations. It can be found in different materials and shapes, including metal, plastic and spikes. They are also compact, meaning you don't have to carry around a huge weapon. They are ideal for use by physically unfit people.

In general, a kubaton is only useful when you are in a pinch. It is also very difficult to master the art of hitting an exposed body part with the kubaton. Some of the strikes can actually break bones.

Do Kubatons actually work for self-defense?

During a self defense situation, most people have probably heard of the kubotan. These are small, cylindrical sticks used as a handheld weapon. But does the kubotan really work?

There are many different types of kubatons. They come in all kinds of colors and shapes. They also have built-in flashlights. Some even have keychains. They are usually five inches long. They are very discreet and can fit into a purse or pocket. They can be thrown or grabbed.

A kubotan can be thrown at an attacker, but it is not intended to be used for the whole fight. It is meant to be a last resort. It can also be used to release the grip of the attacker. This allows for a thrusting strike. However, a kubaton's effectiveness depends on the user's ability to use it effectively.

A kubotan is a great weapon for a close range situation, but it does not work well when the assailant is in a vulnerable position. For example, the assailant could be wearing a coat and the lock would not work.

Some versions of kubotans have finger spikes to help make punching easier. A kubotan's main function is to target easy-to-reach body parts. For instance, the shin and ankle are good targets. The kubotan can also be used to slam an attacker against his knee.

The kubotan keychain is a unique way to keep your kubotan handy. A keychain kuboton is a 3.50 inch kuboton that is attached to a keychain.

How do you use a Kubotan?

Using a kubotan can be a great way to defend yourself. The key is to know how to use it effectively and legally. It is a small, pointed weapon. You will have to find a trained instructor to teach you the best way to use it.

You will need to make sure you practice until you get it right. You don't want to hurt yourself or others. You also don't want to end up in jail for defending yourself.

The kubotan has a long list of uses. It can be used for striking an attacker, jabbing them, and sidestepping them. You can even use it as a flashlight! It is a good idea to study the manual that comes with your kubotan so you will know how to use it correctly.

The kubotan is a very small object, and it is designed to inflict a lot of damage. However, it does not compete with a regular combat stick. The kubotan's main purpose is to inflict pain on its assailant.

The kubotan is based on the Tibetan Vajra. It is a great self-defense weapon that is inexpensive and legal to carry in the United States. But it is not without its flaws. Some countries will not allow you to take the kubotan with you.

To make the kubotan work properly, you need to understand how to hold it and where to aim. For example, holding it in a hammer grip will reveal a part of the weapon above the thumb line.

Whether a kubaton is legal or illegal in your state depends on the local ordinances. Some states may allow it as a self-defense weapon while others will not. You should check with your local law enforcement to find out what you are permitted to carry.

There are several different types of kubatons. Some have spikes and conical ends, while other are hollow and flat-ended. These differences can affect your experience with the kubaton. They also change how much damage it can do to your opponent.

The Kubotan is a Japanese weapon. It is used to strike exposed parts of the body. It can be a very effective self-defense tool.

However, the Kubaton is not allowed as a carry-on item on flights to the US. Neither is it permitted in checked luggage. In some countries it is illegal. It is best to use a kubaton only as a self-defense tool.

If you are caught carrying a Kubotan, you may face a charge of aggravated assault or concealed weapons. You should also be aware that a jury will decide the question of whether you were guilty or not.

If you are carrying a kubaton as a self-defense tool, you should be confident and do not be timid. You should not target the head or neck of your attacker. You should also avoid striking bony areas of the body with the kubaton.

We use cookies to ensure that we give you the best experience on our website. If you continue to use this site we will assume that you are happy with it. Ok